What is Series FF Stock? 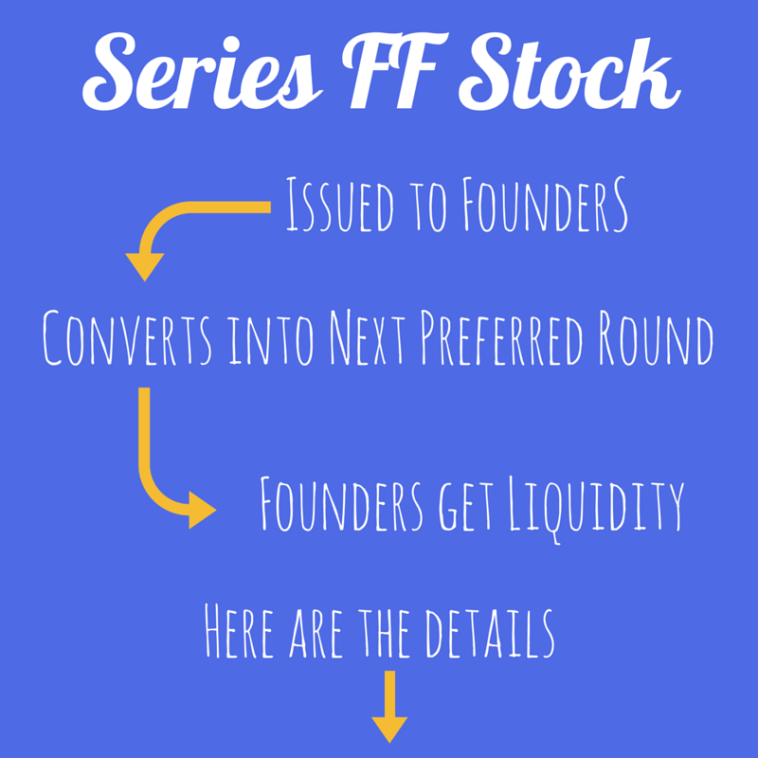 Often founders of companies simply hold common stock while the company investors hold preferred stock which come with certain rights and preferences Let’s say that you started a company and maybe even got your first round of funding. Things are going well, you got traction, MVP, and  revenue. Let’s say that things are going really well and you end up doing a Series A round. Now you have two classes of shares in your cap table, Series A and Common. Well let’s say things are going extraordinarily well and your have reached millions in revenue, growth rates are through the roof and the company is getting a lot of attention. Let’s say you are the founder and get an offer from an outside an investor to buy common. Good deal right? You get liquidity and are sharing in the companies success. Sorta. The only factor that is problematic is that this will raise the price of your common stock and in turn your options you are granting employees. This screws over your employees, less liquidity, harder for it to be in the money, larger tax burden. I have seen this happen many times.

So how do you avoid this, level the playing field a little, and still give liquidity to founders? Series FF stock. What is Series FF stock? Let me explain.

Series FF stock is a separate class of preferred stock that is issued to founders at the time of incorporation but is basically identical to common except that it is convertible to into shares of the into shares of the series of preferred stock issued to investors in a later financing round (Series A) and sold as part of that round.  So for example, if a VC invests $20 million in a Series A round, it might acquire $17 million in newly issued Series A shares and buy $3 million worth of Series FF shares that convert to Series A from the founder(s).  The Board will usually place a limit on how much of a founder’s interest can be sold, to make sure he or she still has enough skin in the game, so to speak.

Below are some things to keep in mind about Series FF stock:

5 Properties of a Great Product