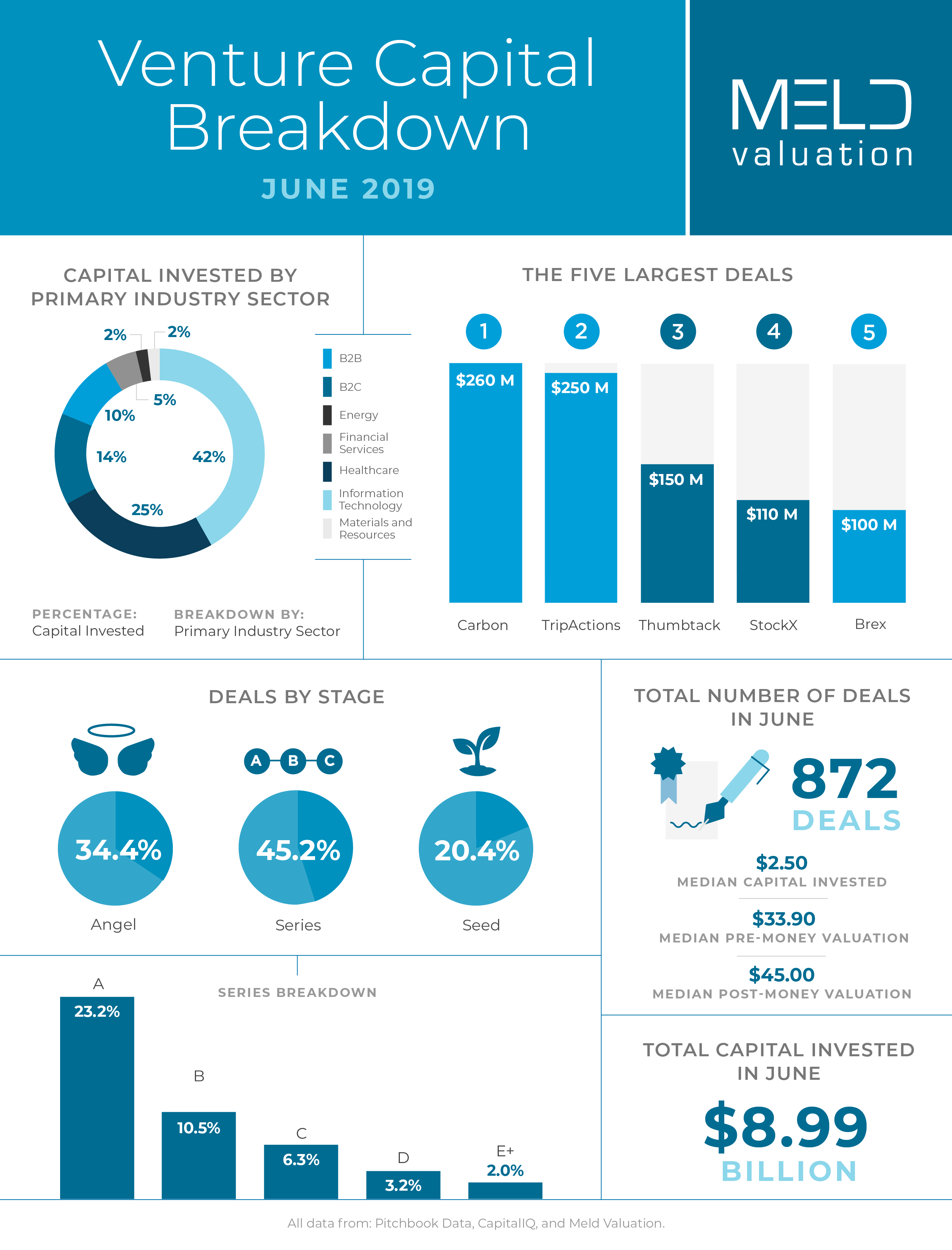 A total of $8.99 billion was invested in June, a decrease from the previous month of $11.54 billion. The five largest deals represented $800 million of invested capital. Total number of deals increased from 757 in May to 872 in June. Median pre and post valuations continue to rise.

The media Series A pre-money valuation continues to trend of increasing over the last five years. This is largely function of larger single rounds skewing the data in the last two years.