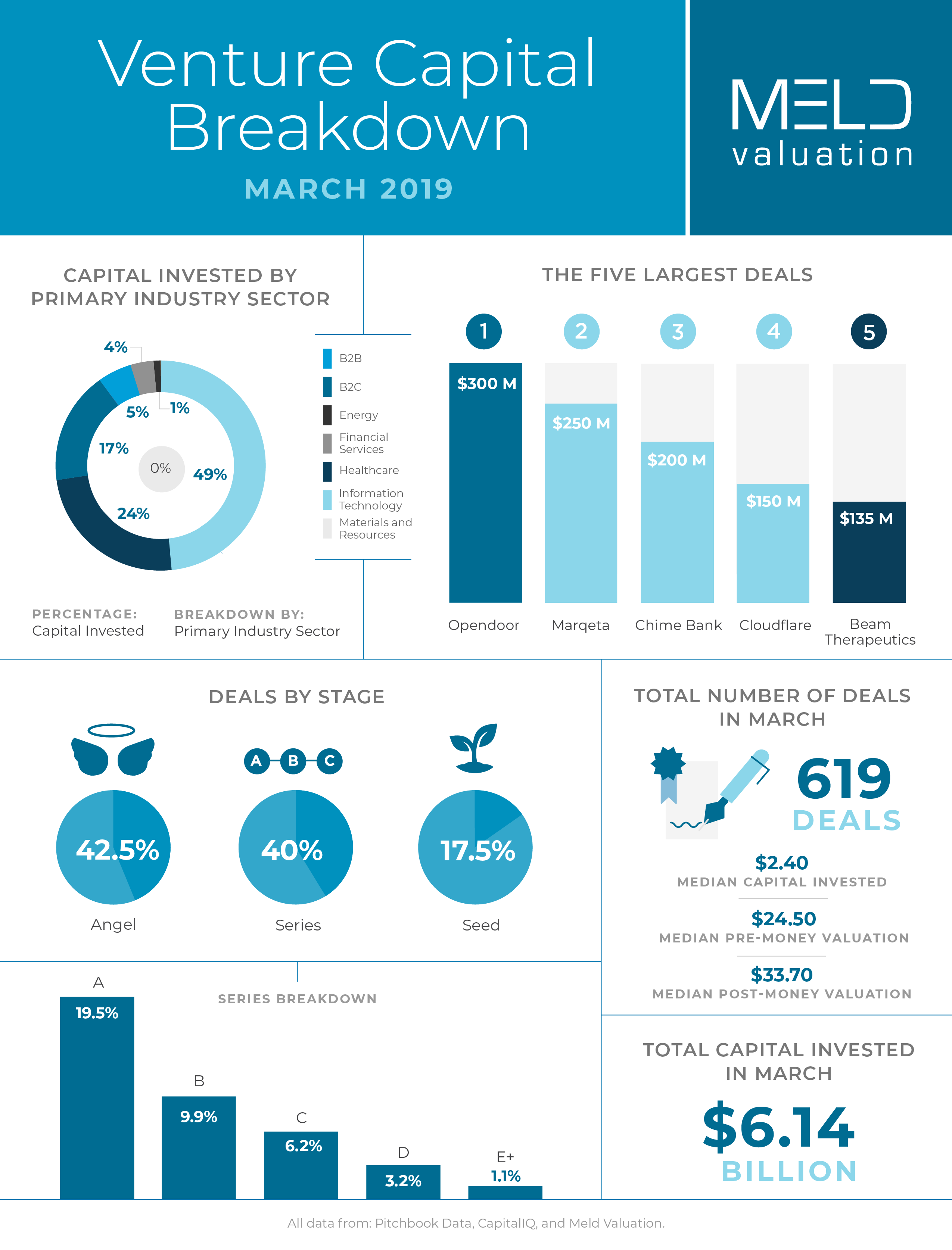 A total of $6.14 billion was invested in March, up from the previous month. The five largest deals represented $1.035 billion of invested capital. Total number of deals increased from 469 in February to 619 in March. Will the deal count and size increase in April or tick down?